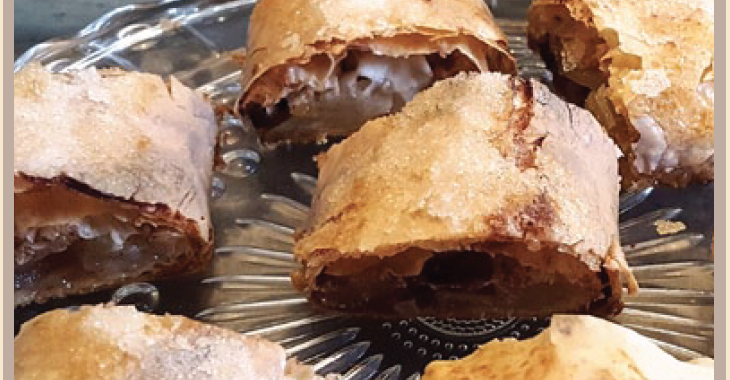 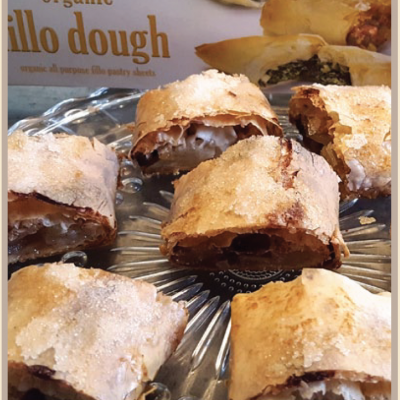 FROM THE BUNGALOW KITCHEN

The stage for my culinary adventures is in my Chicago Style Bungalow, which was designed by the architectural firm, W.C. Roddiger of Chicago, and built in 1924 by Ernest and Irene Rauch.

As a child, I delivered newspapers, sold Boy Scout candy, shoveled snow, and trick or treated at this home, never knowing that someday I would purchase it.

I hope my recipes become part of your family. Like I have always said, every family recipe has a story, and so does every bungalow!

How can anyone resist Apple Strudel fresh from the oven? The crisp and flaky crust wrapped around fresh apples and raisins, and the warm aroma of cinnamon and butter is amazing. As a child, I was taught the technique of stretching the dough over a kitchen table, but today I use fillo dough. I love Organic Fillo Dough by The Fillo Factory. It’s made with vegan ingredients and is easy to use. This dough comes in 13" × 18" sheets, which are perfect.

Growing up as a mid-century kid, I remember the television show Hogan’s Heroes with the beloved character, Sergeant Hans Georg Schultz, never passing up a slice of Apple Strudel. And as Schultz preferred, I always serve mine “mit schlag,” with whipped cream.

From my kitchen to yours!

Mike Mech is in the storytelling business with food and vintage recipes as his muses. Mike’s blog, Recipe Revival, can be found on bungalowchef.com.

Preheat the oven to 350 degrees.

Place one sheet of fillo dough on a large kitchen towel. Brush with melted butter and sprinkle with cinnamon and sugar mixture. Layer and repeat the process using all 8 sheets of dough. Tap down using the backside of a baking sheet.

Spoon the apple mixture along the long side on the fillo sheets. Roll like a jelly roll. Brush the seam area with melted butter. Transfer onto a parchment paper—covered baking sheet with seam side down. Brush with remaining butter and cinnamon-sugar mixture and bake for 20–30 minutes. Let it set for one hour before slicing with a serrated knife and serving.

For a variation on this strudel recipe, I often use fresh pears or summer plums.

Chef’s Tip: Keep the dough from drying out by covering with barely damp kitchen towels or plastic wrap. 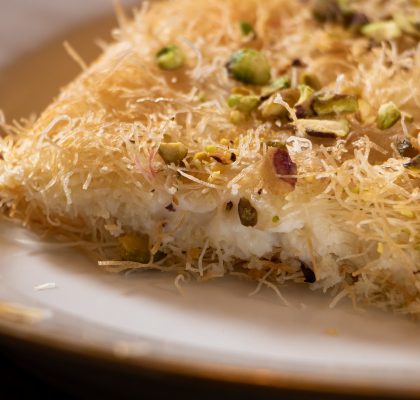 This Milk Kunafa is so Easy to Make 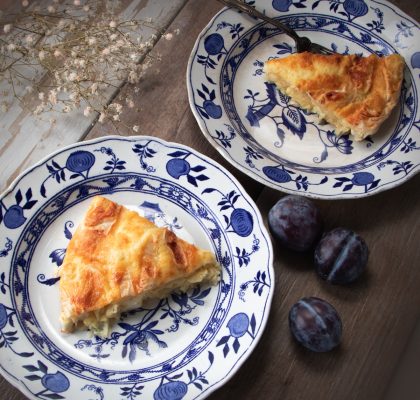 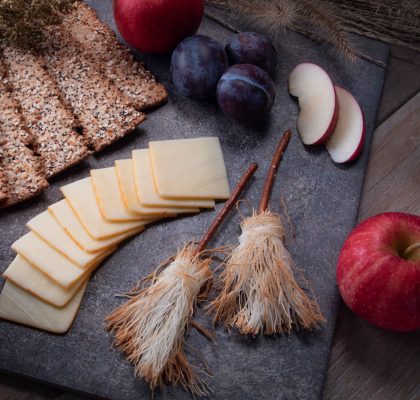